Research is in our DNA.

Interview: Rainer Braun on the challenges in B2B research 2020 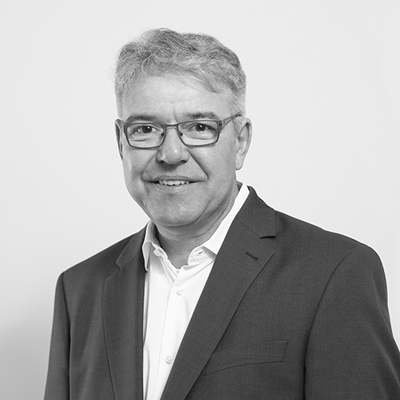 “2020 was an extraordinary year that no one could have foreseen. The Corona pandemic posed major challenges not only to the economy, but to all of us – and continues to do so today. Not only the initial lockdown, but also the subsequent changes in working conditions – more home offices, more digital workplaces, more digital marketing and much more – have influenced media usage. That’s why 2020 was also a special year for B2B Research.
Rainer Braun, Senior Project Manager Research at die-media, describes the challenges market researchers had to master in these special times.”

Mr. Braun, what key changes will you take away from 2020 for B2B marketing?

“2020 was indeed extraordinary. I came into contact with the Corona-related challenges very early on: at the beginning of February, we wanted to go into the field with a China study after the Chinese New Year and thus came in the middle of the Chinese lockdown. For us, this resulted in a postponement that was not to be the last this year. Instead of starting the study at the beginning of February, we were only able to launch it at the end of March, when China had stabilised again. By then, B2B decision-makers were back in their companies or could be reached at their home offices.

In general, it can be said that 2020 is the year of alterations and changes. We are also currently still in a phase of change – caused by the pandemic – that is not yet being reflected in the current market media studies. Studies that were conducted “before Corona” are in some cases losing their validity in terms of media usage values. Just think of the shifts caused by the home office: In Germany in particular, specialist media have a high value. Take print titles, for example: They are usually sent to readers in the company. Do employees have their trade magazines forwarded to their homes, or do they take the stack of magazines home with them? Do they read the e-paper edition? How much are their media behaviours changing towards digital? With a new study, we want to address precisely these questions. But not only has media use become more digital, other digital formats have also emerged or existing ones have become established. Here, I’m thinking first and foremost of digital events and video conferences.”

And how will the changes continue to develop?

“That is an exciting question. In recent months, we have already seen how digital events have improved enormously in quality, both technically and in terms of content. From our studies prior to Covid-19, we know that trade shows were among the top sources of information in B2B within the customer journey. The elimination of face-to-face trade shows led to virtual trade shows such as SPS Connect. In addition, many industrial companies rely on their own digital trade fairs, where you can present your products and product innovations and exchange ideas with your customers. We accompany these virtual customer events with newsletters and invitation links as well as with programmatic campaigns tailored via target group targeting.”

The fact that digitisation continues to advance is nothing new – yet the year 2020 has intensified the topic. What do your findings regarding digitisation mean for future marketing strategies of industrial companies?

“In my opinion, the task for marketers will become even more complex. Tailored marketing strategies need to be developed that reflect the fragmented media behaviour of the target groups. In addition, budgets must be used even more efficiently. To this end, current empirical values from online research and programmatic campaigns offer a certain degree of planning security in agile brand communication.”

While we’re on the topic of branding: In 2019, in an analysis you found that for 44 percent of CEOs in the industry, professional content is also accepted in their private lives. How does the merging of private and professional life affect brand perception?

“Brand is a good keyword. For brand management, it is actually a basic requirement to know the actual state of one’s brand. Unfortunately, there is often no empirical data available in the B2B area, which is why we survey the brand pentad “awareness”, “relevance”, “likeability”, “experience” as well as “first choice” for our customers. This basis, as well as the knowledge of the fusion of private and professional life, is particularly helpful for programmatic campaigns. For B2B target groups, for example, it proves useful to play out professional advertising on various portals and apps as well as on social networks that are used both professionally and privately. Through empirical research, we know the target groups and product decision-makers. The B2B target groups are then reached along the customer journey through the target group targeting strategy tailored to them. In this way, the professional product decision-maker is addressed precisely where he or she is highly involved.”

And why is this target group-specific approach also crucial in employer branding?

“In the B2B sector, we often have to deal with “hidden champions”. This means that around the location, people know the company, but awareness decreases with distance. That’s precisely why the measures depend on the target group. Let’s take the target group of trainees, for example. We know from our studies that multipliers play an outstanding role, especially among schoolchildren. When looking for a job, people ask their parents, their coach or their friends. The target group corridor is therefore much broader than assumed at first glance. That’s why brand communication and the media used must be tailored to the target group. Regional commitment does pay off for the employer brand, but this commitment can be social, cultural or, with a view to the target group of students, sporting. And now there’s something special about 2020: With a view to Covid-19 and the associated digitalisation push, computer science students, for example, are extremely sought-after at the moment. As a rule, they have to be recruited on a supraregional basis. In most cases, this coveted target group is not familiar with the hidden champions. The employers of choice are IT big players such as SAP or Microsoft. Classic industrial companies are not only competing with the “software” giants, but also with the well-known brands and large employers. Industrial companies are not necessarily “sexy” in the eyes of many potential applicants; the general public cannot do anything with the products. The location, e.g. a rural area, can also be a disadvantage in the “war of talents”. That is why the employer brand must be managed professionally and purposefully in precisely this area.”

“We can see major international differences in media use: For example, there is a correlation between a country’s level of digitisation and its media usage. There are particularly serious differences to usage behaviour in this country compared to China – but also within Europe. You also need to consider country-specific differences with regard to content marketing. Even between the neighbouring countries of Germany and Austria, there are differences in terms of language or associations; for example, “Wir schaffen das” (We can do it) evokes different associations in Germany than in Austria for political reasons.

And last but not least, this also applies to brand values: In an international comparison, German brands generally have a “home advantage” in Germany and achieve the best values; in relevant target countries, the situation is often quite different. Brand values also depend on the respective competitive structure of the countries. Particularly in the case of likeability, our experience has shown that there are sometimes major differences. A well-founded brand analysis creates a basis for working out precisely these factors.”

„Mr. Braun, thank you for the interesting insights into B2B market research and its 2020 shifts!“ 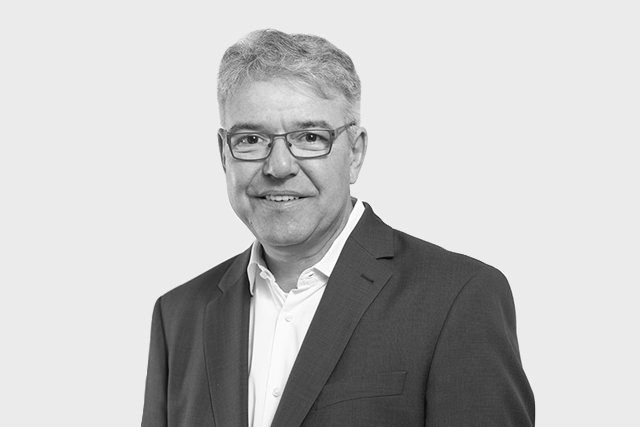 We are your consultant and partner.